Les Troyens at the Royal Opera

July 08, 2012
Les Troyens is even rarer than Wagner's Ring Cycle. I have only seen one part of it staged by the ENO many years ago. So a full scale grand opera staging of Berlioz opera was not to be missed.

David McVicar's production and Es Devlin's set designs had strengths and weaknesses. The early part of the opera (in Troy) was atmospheric and gritty, really conveyed the doom and gloom mood of the narrative. The Carthage scene setting was breathtaking - wonderful colours and textures. Somehow, the set (and to a certain extent the production) went out of steam from Act 5 - it got repetitive. And what was that statue about? 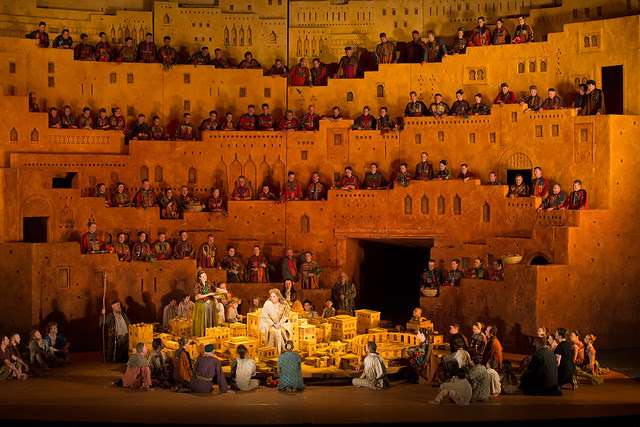 Bryan Hymel sang and acted the role Énée well. Eva-Maria Westbroek as Queen of Carthage was fantastic - from dancing along the streets in the city to those love-torn courtship moments. The chorus was also wonderful - commanding an unfamiliar score with complex stage directions. It was Pappano's herculean effort that was most impressive. Not only did he (and the ROH orchestra) created a credible Berlioz sound world, he held the complex production together. Wonderful stuff. Let's hope it stays in repertoire.