October 20, 2018
I don't know why so few Meyerbeer operas are staged in London. In order to see his grandest grand opera, I traveled to Paris to see Les Huguenots staged at Opéra Bastille. 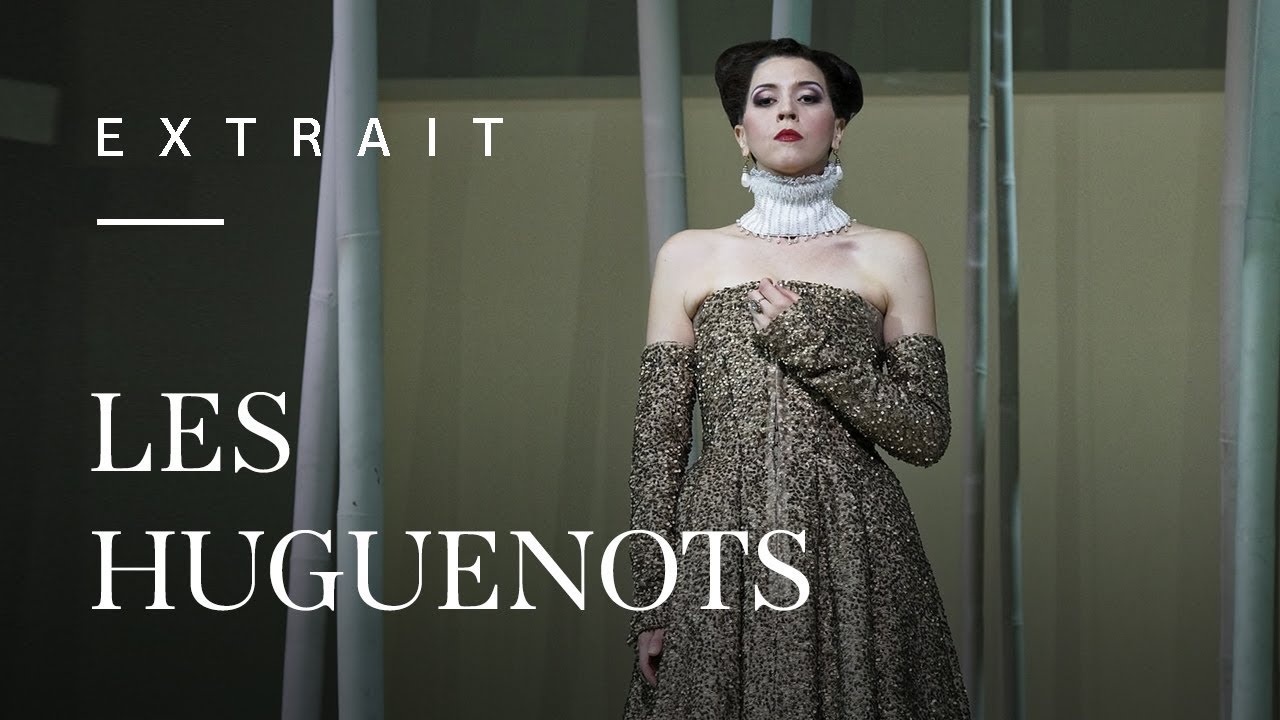 The star of the show was Lisette Oropesa who sang Marguerite de Valois - she got the warm yet regal tone for the role, her delivery of the emotions was fantastic. Yosep Kang, a late replacement for Bryan Hymel, was passable. His rendition of Raoul de Nangis could do with a few more rehearsals. And his voice strained a little at the higher register (there was one gasp in the audience when we all thought he was going to crack!) His love interest Valentine, sung by Ermonela Jaho, was good - a more youthful if pensive voice.

The male chorus was a little agricultural in act 1 - untidy and lacking in focus. Luckily, the men were saved by the women (again) when the ladies of the court sang lusciously while frolicking along a real stream.

Where was the BALLET???

The set design had modern lines and shades - a Parisien chic version of  Jonathan Miller's Cosí fan tutte for the Royal Opera in the nineties. It's adequate and almost grand, but somehow cold. Andreas Kriegenburg's direction was by and large good - keeping everyone looking purposeful on stage. Michele Mariotti did a fine job in the pit holding the orchestra and the cast together - especially for those big chorus moments.

Glad to have seen it. Would love to see a better Raoul next time.

Leo Dixon was Tadzio - his movements portrayed vividly both the youthfullness of the character and the allure that was key to his interaction with von Aschenbach. The rest of the dancing cast …
Post a comment
Read more

August 23, 2019
Bruckner 8 Symphony was a gigantic piece of symphonic writing. What better to hear a mature and thoughtful Andris Nelsons conducting the Leipzig Gewandhaus Orchestra? The slow measured start gave rise to the hallmark relentlessness of the later Bruckner symphonies. Nelsons brought out the rising and falling phrases, and ensured the episodic chunks together form a coherent whole. The scherzo second movement was precise and at pace. Feierlich langsam (3rd movement) was subtle, mournful with a glimmer of light. The masculine sound for the brass section delivered a memorable finale
Post a comment
Read more