March 24, 2019
I read in the press that tickets for La forza del destino were available in the black market for £3,500 each. Ouch! Luckily mine was bought months ago directly from the Royal Opera.

The set design by Christian Schmidt started well in a 19th century palazzo in. The video projections were more distractions than anything. But I think they ran out of money because the same palazzo set was re-used just too often, including the final scene (it was supposed to be in a hermit!) 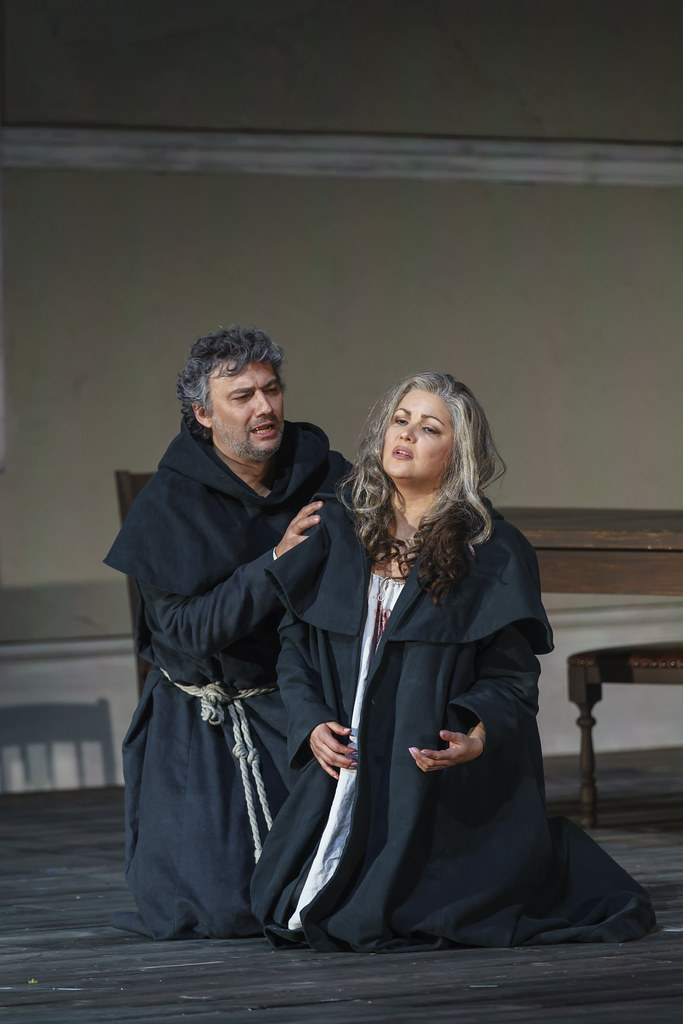 The star-studded cast delivered the goods. Anna Netrebko sang Leonara - her prima donna dramatic outbursts, impassioned lines and rich tone were perfect for this traumatised character. Perhaps she went to all the rehearsals after all. Jonas Kaufmann, as Don Alvaro, interpreted the character with poise. It's very easy to sing everything loudly. Yet Kaufamann observed the composer's typically detailed musical directions - and took some well judged artistic risk to deliver some vulnerable pianissimi. Not to be outshone, Ludovic Tézier's Don Carlo was heroic and determined. Ferruccio Furlanetto (did I say star-studded), appeared as Padre Guardiano, brought some deep vocal lines to underpin the religious scenes.

Antonio Pappano's magical baton ensured the constellation of stars were aligned to deliver an intense and passionate performance.