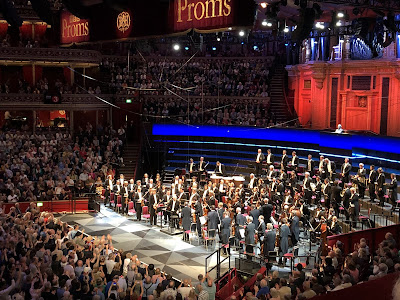 Leo Dixon was Tadzio - his movements portrayed vividly both the youthfullness of the character and the allure that was key to his interaction with von Aschenbach. The rest of the dancing cast …
Post a comment
Read more

August 23, 2019
Bruckner 8 Symphony was a gigantic piece of symphonic writing. What better to hear a mature and thoughtful Andris Nelsons conducting the Leipzig Gewandhaus Orchestra? The slow measured start gave rise to the hallmark relentlessness of the later Bruckner symphonies. Nelsons brought out the rising and falling phrases, and ensured the episodic chunks together form a coherent whole. The scherzo second movement was precise and at pace. Feierlich langsam (3rd movement) was subtle, mournful with a glimmer of light. The masculine sound for the brass section delivered a memorable finale
Post a comment
Read more