September 02, 2019
So few opera houses dare to stage Benvenuto Cellin, why? The last time was at the ENO - which was a colourful and fun production, and in the process probably bankrupted the house.

In a more modest approach, Sir John Eliot Gardiner and the Orchetre Révolutionnaire et Romantique brought a concert version of the opera to the stage at the Royal Albert Hall. Michael Spyres's rendtion of the title role was pretty good - torn yet full of punch. The Monteverdi Choir was fantastic at those fiendishly fast and difficult choruses (famously in the carnival scene): the text was clear, the light acting was effective, and the choreography (Noa Naamat as stage director) worked. Rick Fisher's lighting, though you wouldn't notice it, was just right for that challenging venue. 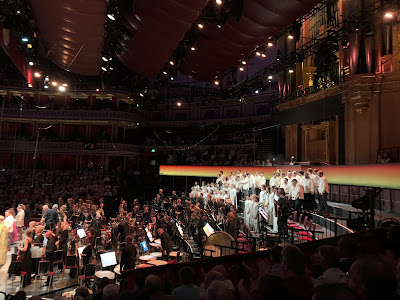